Breaking News
Home » Newsletter Categories » Who Decides if it is the ARK? 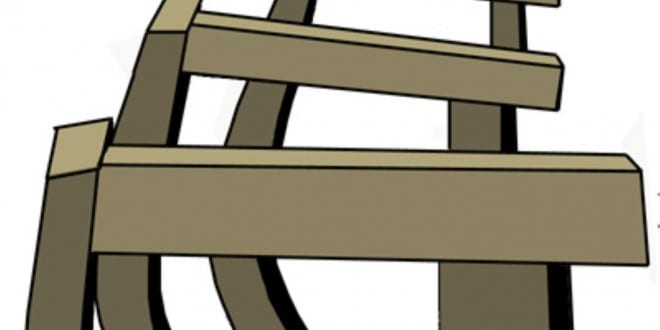 Who Decides if it is the ARK?

What do real archaeologists say about this? – do they think its the ark? Well, there’s no better answer than the one Richard Rives gives:

“Leading archaeologists and scientists say that the earth is millions of years old and that you and I descended from a monkey”.

It is our policy to ONLY ask experts in the various fields to state facts about the evidence, such as the fact that there is organic carbon in the specimens from the ark in an amount consistent with the presence of once living matter, such as decayed wood. We don’t ask anyone to say this is Noah’s Ark.

There comes a time when people have to learn to think for themselves. We’ve become lazy- we want to be told what to think; we want someone to lay it all out for us. Life gets comfortable- if we learn that Noah’s Ark really existed, we may have to adjust some of our other thinking and that may not be a real pleasant prospect.

There is the great example that we should never forget- the people of Christ’s time wanted a Messiah that was a regal king- a glorious leader who would give them a wonderful kingdom on earth. They wouldn’t accept the Messiah that God sent to them- He didn’t match their expectations or their wants.

And so it is with Noah’s Ark. The “learned men”, like the leading religious leaders of old Jerusalem, expect and want a “glorious” barge-shaped ship” high on the volcanic peak of Mt. Ararat- they won’t accept the fragile remains He arranged to be preserved in the manner and location that HE chose. “Well, if these important people say its not the ark, then it must not be”. And after all, what does it really matter if the ark is really found? It matters.

Something else that we must remember- there were many, many common, simple-minded people in Christ’s time who accepted Him as the Messiah based on their OWN decision; based on what THEY knew to be truth. They didn’t need the “learned men and religious leaders” to make their decisions for them. What kind of a God would we have if He created us with a dependence on others to make our decisions for us? Do we really believe that we must have a scientist who is trained in and ingrained in evolutionary science tell us what is truth?

I hate to tell you folks, but it would be like finding a lost grain of sand in the ocean to find a scientist who would step forward and say that Noah’s Ark had been found. One scientist that Ron took to the site, went on the television and said he believed this was most likely Noah’s Ark- in fact, he said that he personally believed that it was. Yet, he later told Ron that the facility he worked for told him he could either work for them OR work on Noah’s Ark. Today, this man is a vehement opponent of the site. Did the facts change? NO. Only his statement of opinion. This is a decision that the common folk will have to make for themselves.

But what about all the fancy and complicated scientific testing- how do we understand what it all means? It’s not complicated at all. Ron made his living for 4 1/2 years doing complicated chemical analyses for Hercules Powder Company. He now has these analyses done at reputable laboratories. The results are FACT, untainted by “managed results”.

If the tests show evidence of decayed or petrified wood, that is FACT.

If the metal detector scans show the presence of iron at regularly-spaced intervals, this is FACT.

There is scientific FACT and then there is THEORY. The boat-shaped object is shaped like a ship and it is the size of the Biblical ark, as translated into Royal Egyptian cubits. This is fact. It contains metal at even intervals- this is FACT.

“THEORY” is that it is an old replica of the ark, built in the time of Constantine, or that it is an old fortress. It is also “THEORY” that it is Noah’s Ark. Circumstantial evidence. Like a court case, YOU decide, after sufficient evidence is presented, what it is. Just be very careful to separate the THEORY from the FACT.

We believe this is Noah’s Ark and we are so convinced based on the tremendous amount of evidence that we will state our belief without hesitation. Others will state without hesitation that it is NOT the ark. It will ultimately come down to the fact of whether you believe it is within the realm of possibility for something to “look like a duck, quack like a duck, give birth to baby ducks, swim like a duck, and yet NOT BE A DUCK”. (Thanks to David Fasold for the metaphor).