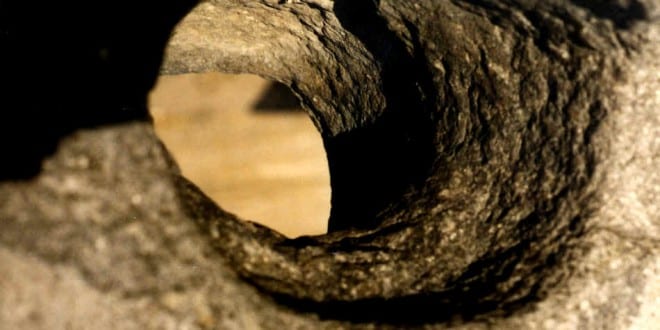 The Search for Noah’s Ark The Anchor Stones had specially designed holes; traditionally found on drogue anchors. Larger on one side,  smaller on the other side, larger still in the middle. The idea being that you tie a knot on the end of a big rope and feed it through the hole in the anchor stone so that it catches on the small side. When the anchor is put in the water, the rope swells up in the middle of the hole and prevents the rope from wearing into. Drogue anchors are designed to drag in the water, stabilize a ship and keep it perpendicular to the oncoming waves; not to prevent it from moving.

This type of drogue anchors, which have broken away, are sometimes found on the floor of the Mediterranean and other seas as they were common to ancient ships.

Some of the anchors seem to have had eight original crosses carved on them. These crosses are Byzantine style which indicates that someone after 300 A.D. recognized these anchorstones as having a connection with Noah’s Ark and carved the crosses at that time.

An earthquake causes the soil surrounding the “boat shaped object” to fall away, exposing as much as thirty feet of the sides.