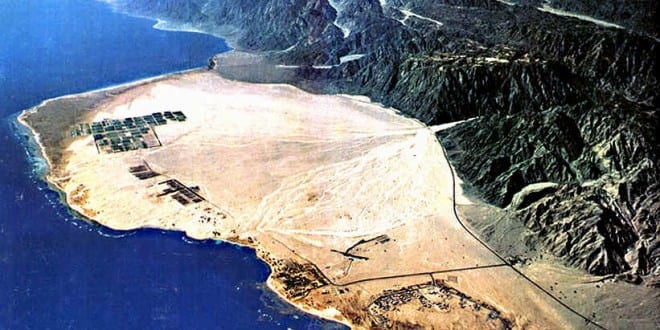 Speak ye unto all the congregation of Israel, saying, In the tenth day of this month they shall take to them every man a lamb, according to the house of their fathers, a lamb for an house: And if the household be too little for the lamb, let him and his neighbor next unto his house take it according to the number of the souls; every man according to his eating shall make your count for the lamb.”

The Israelites were in their homes when the Passover occurred.

” And ye shall observe the feast of unleavened bread; for in this selfsame day have I brought your armies out of the land of Egypt: therefore shall ye observe this day in your generations by an ordinance for ever.”

” And the children of Israel journeyed from Rameses to Succoth, about six hundred thousand on foot that were men, beside children.”

When word came to the people that they were allowed to leave, just after the “angel of death” visited Egypt, they all left their homes in Rameses, or Goshen, and proceeded to leave Egypt “proper.”

How was this possible? – that they were able to be out of Egypt so quickly?

The answer is that Egypt is extremely long, but its east/west boundaries are very narrow. They left Rameses and assembled in Succoth, which was very near, but at the same time, outside of the boundary of Egypt “proper”. Succoth had to be a place large enough for this tremendous amount of people and flocks to assemble. A place called variably “Tharu”, T’aru” and “Takut,” fits the description of Succoth perfectly.

The following are quoted from “Life in Ancient Egypt” by Adolf Erman:

“The isthmus of Suez was of the greatest consequence also from a military point of view – it was doubtless fortified in very early times. Probably here stood the great fortress of T’aru, often spoken of as the starting-point for the expeditions into Syria,…”-p.28

“The line of fortifications which was intended to keep back these Beduins of the Delta, is met with as early as the time of the Middle Empire, and is still standing. It consisted of a wall strengthened by small towers…this formed an obstruction which the slaves who tried to escape from Egypt, and the Beduins who wanted to pasture their cattle on the fields of the delta, found difficult to pass. At this time we also meet with a defensive work of another kind, namely a broad canal, which presumably connected the lakes of the isthmus together. At the point where a bridge crossed this canal were strong fortresses on both sides… The great fortress which defended this bridge was the fortress of T’aru’, which is so often mentioned as the starting point of the military expeditions.” – p.537

Where one would leave Egypt proper and go into the Sinai desert, there was a fortress and a bridge. Inscriptions tell us that this fortress was called Tharu (or one of the various spellings). It is located near the Delta, or “Rameses,” where the Israelites were living, and was where the Egyptian army assembled in preparation for their military expeditions to the north.

Armies consisted of a great deal of men, horses and chariots; and they required a large area to assemble properly. Moses well knew Tharu which is believed to be the Biblical “Succoth” and it seems that it was from here that he organized the people for their journey. They had left Egypt proper once they crossed this line of fortification, just as the Lord had promised.

“…and the children of Israel went up harnessed out of the land of Egypt.”

Josephus writes about this in his “Antiquities of the Jews,” Book II, Chapter X. As a military man, once again, Moses knew “Tharu”, and it was here that he organized his largest “army” ever for travel. And from here, they traveled to Etham.

” And they took their journey from Succoth, and encamped in Etham, in the edge of the wilderness.”

Etham was in the “edge of the wilderness.” What wilderness was this? The answer is in the Exodus account:

” But God led the people about, through the way of the wilderness of the Red sea…”

It was the Wilderness of the Red Sea – the mountainous land of the mid and southern Sinai Peninsula. This was along a route that was commonly taken in those days by both caravans and the army, and it was called “the southern route.” This route was taken because it was safer than traveling along the coast, where the Philistines were.

Etham is not believed to be a singular location. It was a designation of the land that lay around the mid-northern edge of the Gulf of Aqaba. We know this because once they cross the sea, they are still in an area called Etham:

” And they departed from before Pihahiroth, and passed through the midst of the sea into the wilderness, and went three days’ journey in the wilderness of Etham, and pitched in Marah.”

It was while they were at Etham on the western side of the sea that God told Moses:

In order for them to be “entangled in the land,” they would have to be traveling through an area of wadis (canyons) with high mountains all around, which would seem to hem them in. This takes place prior to crossing the sea. Knowing this, Ron looked for an area which would terminate on a beach or shore of the sea; and which was large enough to hold perhaps 2 or 3 million people, as well as their flocks. He found a beach of tremendous size on the Gulf of Aqaba at Nuweiba, and the only passage to it is through an 18 mile long wadi system.

From “Etham in the edge of the wilderness”, they changed their direction of travel from a northerly direction, (which would have soon taken them around the northern tip of the sea,) and went south, through a wadi system that must have appeared like an endless maze to them. Hemmed in to the left and right, they could only travel in one direction – and the only path through that wadi leads to a tremendous beach.