Breaking News
Home » MT. SINAI » The Evidence at the Mountain 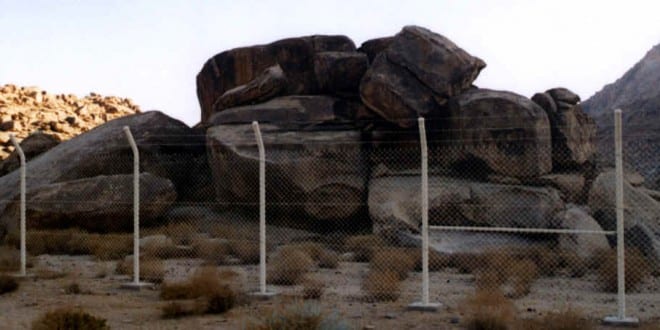 The Evidence at the Mountain

The first thing Ron noticed when he saw Jebel el Lawz in 1984, just prior to his arrest, was that the high peak of the mountain range was distinctly black. When one stands at the base of the mountain – just outside the boundary markers which we will discuss a little later, the high peak that can be seen looks like it is made of coal.

” And mount Sinai was altogether on a smoke, because the LORD descended upon it in fire”

” And mount Sinai was altogether on a smoke, because the LORD descended upon it in fire: and the smoke thereof ascended as the smoke of a furnace, and the whole mount quaked greatly….”

As we said, the evidence which caused the Saudi archaeologist to say that this was a major archaeological discovery, was the petroglyphs on the altar which is located east of the holy precinct – in fact, from the top of the mountain, looking down toward the sacred area, this altar is almost directly straight ahead. But it is perhaps a mile or more from the base of the mountain. As we read the Biblical account of the event, we can see that this site fits the description given perfectly: