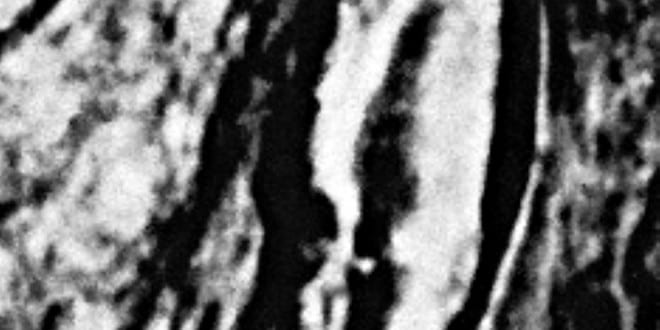 There have been numerous “tales” about ark sitings throughout the years- dozens of tales, all different places, all different details, and etc., etc. But a good number of those who still believe the Ark has to be on Mt. Ararat, and have rejected the evidence of the true site, try to make the various stories all point to a favored site on Ararat. There is no need to go over these various stories as they are well known..

But there is one particular story that does need to be discussed at this time. It will demonstrate quite clearly how tall tales “get taller” and why we must be so very careful.

One person Ron took to the ark site became convinced it was the true ark. (I won’t mention his name because it is not our intention to point him out- only to make known what occurred and how.) He had read all the “ark tales” and believed one, in particular, had been erroneously reported. He believed it was not a tale about an “ark siting” on Ararat, as the story stated, but that it in fact referred to the real site, 12 miles south of Ararat.

The article is seen at left, but in summary, the Nov. 13, 1948 Associated Press story presents about a Kurdish farmer named “Reshit” who said he saw a ship resembling a house about 2/3 of the way up Mt. Ararat. Supposedly, the unusually warm weather had caused the ice and snow to melt enough that the “prow of a ship” was “protruding into a canyon down which tons of melting ice and snow had been rushing for more than two months”.

During one of Ron’s trips to the site in the mid-eighties, the individual earlier mentioned, also present, set out to find “Reshit”. And, as things go, the locals obliged him and returned with a man named “Reshit”, then about 60 years old. To make a long story short, this “new Reshit”, through a translator, provided the story this man had come to believe. The tale was retold: “Reshit” was out in his field one day when an earthquake struck. Up from his field popped a ship. It was NOT on Mt. Ararat. And, of course, everyone believed it was Noah’s Ark. Further “details” emerged- the earthquake struck on May 15, 1948, which happened to be the day Israel became a state. By now, the original 1948 report bore no resemblance to this “new” tale. See Isaiah 50:11.

At the time the interview took place with the “new Reshit”, Ron’s Turkish liaison, Mine Unler, and the governor of the province of Agri, Gov. Sevket Ekinci, were also in Dogubeyazit. After seeing what was taking place, Ron asked the governor (through Mine) to ask Reshit if he was telling the truth. In the lobby of the Ararat Hotel (now the Isfahan Hotel), the Gov. went over to Reshit and questioned him. Reshit readily admitted that a group of men had come to him and asked him if he would like to “make a tourist happy” and also “make some money”. Of course, he was more than willing. When brought to the hotel, all he did was “follow the lead” when questioned, answering in the affirmative when asked each detail. “Var, var, var!”. (Yes, yes, yes!”) Money exchanged hands and everyone was happy. Of course, once he learned what the story was, he repeated it when questioned.

When Ron told the man who was with him ( who had sought the “new Reshit”) what the governor had said, he would not believe it. He had gotten the story he wanted and seemed to believe it was true.

That some people actually try to “create” their own reality is seen in another example involving this very same ark story. Lloyd R. Bailey, in his book, “Where is Noah’s Ark”, pub. by Abingdon (1978) recounts on pp. 56 & 57, the 1949 expedition of A. J. Smith, the dean of a small Bible College in North Carolina. Smith’s “goal was to locate Reshit, hire him to serve as guide, and verify that the ark had at last been discovered. Unfortunately, however, Reshit could not be found. A search of villages `for 100 miles around’ failed to produce anyone who claimed ever to have seen the ark or even anyone who had heard the story.”

Author Bailey goes on to discuss the authors of another book on the ark, and how they “are so predisposed to believe such secondhand hearsay that they seek to explain away Smith’s on-the-spot evidence (or lack of it).”

Another thing the original article about Reshit’s story mentions is that “There is no folklore there about the ark,…” This is exactly what Ron discovered when he first began his field work in Turkey. His required Turkish liaisons traveled with him to a large number of villages in the region, asking about information on a large ship in the area. No one knew anything about a ship, much less Noah’s Ark.

There is a good reason for this. In 1915-1917 the original inhabitants of this region were completely run out, and the people who “moved in” had no knowledge whatsoever of any “folklore” of the region. Being tribal and closed to communication with any neighbors (just as they are today) they had no knowledge of the history or folklore of the region.

Sadly, serious researchers studying the evidences of Noah’s Ark, have innocently accepted the “new” story of “Reshit” as being factual because they did not have access to “the whole story”. That is the sole reason we have discussed it here.

One of the biggest frustrations we experience is the total vulnerability people have to any tale that comes along. Another example is the 1993 documentary that was shown of CBS entitled “The Incredible Discovery of Noah’s Ark”. One of it’s featured stories was that of George Jammal who showed a piece of wood he claimed came from the ark. His tale began with he and his companion, “Vladimir” climbing Mt. Ararat in 1984 and finding the ark. They even made photographs, but unfortunately, “Vladimir”, while making photographs, fell into a crevice (with the camera) and of course, died.

George Jammal’s story was recommended to the producers by a well-respected educator in the field of creation science who vouched for Jammal and the integrity of the story. However, it turned out that Jammal had never even been to Turkey. His wood was not from Noah’s Ark, but was just a piece of contemporary wood he had cooked in teriyaki sauce and other juices. The hoax caused quite a stir and rated a full page in the July 5, 1993 “Time Magazine”.

The point is that Jammal’s story was accepted at face value by a man who is supposed to be a “careful scientist”, yet, he didn’t even ask Jammal for any evidence that he’d ever been to Turkey- not even his visa stamp in his passport. And Jammal did not perpetrate his hoax alone- he was coached by a member of the Skeptics Society for the sole purpose of exposing “the shoddy research of Sun International” (Time Mag.)

Sometimes tall tales are innocently repeated by people who sincerely but mistakenly believe they are true; but sometimes, as we have seen, they are purposefully concocted. Sometimes, they are accepted as fact without the proper research to verify if there is just cause to believe they may be factual, as we have also seen. When God reveals things for His people, the evil one and his fallen angels are right there, ready to do whatever it takes to take away what He has given us, and to TRY to turn His Truth into a lie. But remember His promise, that “the Spirit of truth” and NOT man, will “guide you into all truth:…” (Joh. 16:13).