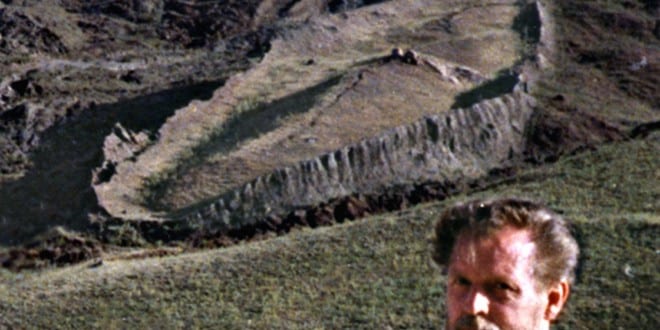 Ron and Dave Fasold arrived in Turkey on March 20, 1985. Meeting them in Ankara was Samran Al Moteri, the Saudi Arabian prince who had come to visit Ron earlier in Madison, Tennessee. He had heard about Ron’s claim that Mt. Sinai was in his region of Saudi by some of Ron’s captors in ’84, and he wanted Ron to show him the mountain. Perhaps to check out Ron’s veracity, he wanted to see this so-called “Noah’s Ark”, and then he would arrange for Ron and Dave to enter his country. But Samran was quite ill when they arrive, so the men couldn’t leave for Dogubeyazit right away.

While they waited in Ankara, Mine Unler, one of Ron’s liaisons with the Turkish government, arranged for a meeting with Dr. Ekrem Akurgal, Turkey’s leading archaeologist, world famous for his work on the Hittite excavations throughout Turkey. In Oct. of 1984, the Turks had sent their own archaeologists to investigate the “boat-shaped object” and Dr. Akurgal had carefully studied their reports. Ron had loaned the Turkish scientists one of the White’s ferro-magnetic metal detectors and their expedition had yielded very positive results, as one of them showed Ron their field notes. They had retrieved several 4 foot long metal “spikes” which were still intact, but which Ron never got to actually see, as he was told they were taken to the Museum of Mines and Minerals in Ankara. They had also gotten the same pattern of metal readings that Ron had gotten.

When Ron spoke with Dr. Akurgal, in a conversation which Dave videoed, he stated that “it is, at any rate, a ship”. A ship for which there was no earthly explanation for, which was of a size not known until recent history, and which was many miles from any body of water. A professed atheist, Dr. Akurgal would later state in an interview with the Turkish media that it was Noah’s Ark. When asked why, he simply replied, “because there is no other explanation.”

Things were going incredibly well, Ron thought! When Dr. Akurgal presented him with a copy of his book, “Ancient Ruins of Turkey”, he wrote, “To Mr. Ron Wyatt, Congratulations for the successful discoveries”. With his strong endorsement of the discovery, Mine Unler set about arranging a meeting for Ron later in Ankara in which he would meet with all of the pertinent ministries at one time, explaining his research.

Things had come a long way in the last 7 months, thanks to Jim Irwin. Jim had introduced him to the Guleks, at whose house he had met both Orhan Baser and Mine Unler, and he had referred Dave Fasold to him. And although he had just met Dave, he could already tell that Dave meant business, whatever he did. And Dave was already excited about the site, even though he hadn’t seen it yet.