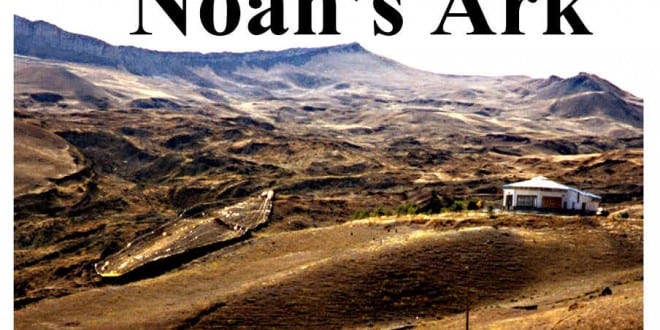 Ron meets with the Governor of the Agri District, Mr. Sevket Ekinci. The December 1986 decision was positive – it was the official decision of members of the Ministry of Foreign Affairs, of Internal Affairs, and researchers from Ataturk University, among others, that the “boat-shaped formation” did indeed contain the remains of Noah’s Ark! Plans were made for the official dedication of the site, which would include Ron as guest of honor as the “discoverer” of the fact that it was truly the remains of Noah’s Ark.

Ron participates in the Dedication of “Noah’s Ark.”

On the mountainside overlooking the former “boat shaped object”, which had now been proclaimed by the Turkish Government to be “Noah’s Ark”, were gathered a large number of dignitaries, from the local level to the national level, as well as high ranking military. Journalists were also present. After the ceremony, Governor Ekinci asked Ron to do a radar scan on the site to demonstrate for the journalists the ability of sub-surface radar to reveal structures beneath the surface.

After making several passes with the Radar, Ron noted, in an area commonly associated with “deck timber”, one particular reading very near the surface. The Governor then ordered one of the soldiers to dig at the location Ron had indicated and there emerged an artifact approximately 18 inches long which was labeled “deck timber”. The excavation of the object was documented by way of film and aired throughout Turkey by way of TRT (Turkish Radio and Television).

The Governor presented Ron with the specimen for the purpose of analysis in the United States.