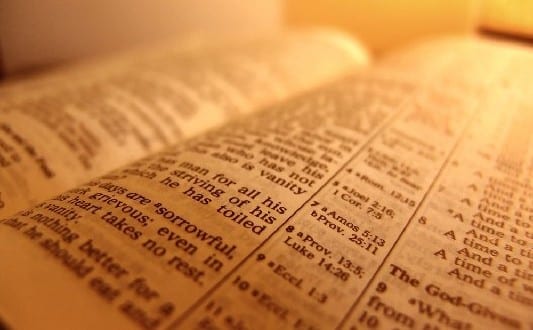 From Ancient History and Archaeology

In the last few centuries, scholars proclaimed there was no evidence for most events in the Biblical account, and it was nothing but a collection of Hebrew legends. Then, a massive amount of evidence emerged through the findings of archaeologists, such as the discovery of the Hittite civilization, which vindicated much in the Bible that had been touted as fictitious. But, then the cry went forth that the Hebrews “borrowed” or “copied” stories from the peoples around them.

So much has been shrouded in confusion brought about by “explaining away” evidences which absolutely vindicate the Biblical account in a manner which makes it appear that the original incident occurred at an earlier date, and therefore the Hebrews incorporated the tale into their “mythology”.

A good example of this is the evidence found at Jericho. In the 1930s, Professor John Garstang excavated Jericho. In 1931, he found the cemetery that had been in use by the inhabitants of Jericho from the earliest times. Because it had been so well concealed by the sand of the plain, it had escaped the plundering that so often occurs. Carefully excavating through the various levels, in 1932 they made a discovery which absolutely confirmed the Biblical account.

They found a succession of eighty scarabs bearing the cartouches (royal name) of the eighteenth dynasty pharaohs. They end with Amenhotep III of the 18th dynasty. Other archaeological evidence showed that the city ceased to exist at that time, which perfectly fit the account of the entry into the “promised land”. (“New Bible Evidence”, Sir Charles Marston, pub. by Fleming H. Revell Co., 1934, pps. 134-137.)

Sir Marston goes on to explain about an earlier discovery that confirmed this discovery: “The date supplied us by the Jericho excavations throws a flood of light upon an old archaeological find.” (Ibid., p. 210.) And he goes on to discuss the “Tel el Amarna letters” discovered in 1887 which consist of well over 300 tablets of correspondences between Egypt and it’s vassal states in Palestine and Syria. They tell a story of unrest in those regions, and attacks.

“But of more concern to us, are those tablets which refer to the simultaneous invasion from the east of the Jordan by a people called the Habiru.” (Ibid., p. 211).

The letters are addressed to the last pharaoh whose cartouche was found on scarabs at Jericho, and to his son, whose name is completely absent from the Jericho scarabs.

The wonderful evidences God has provided in the last hundred or so years provide not only solid evidence of the complete reliability of the Bible, but they also give us insights into things which we no longer understand as did those who lived in those ancient times.