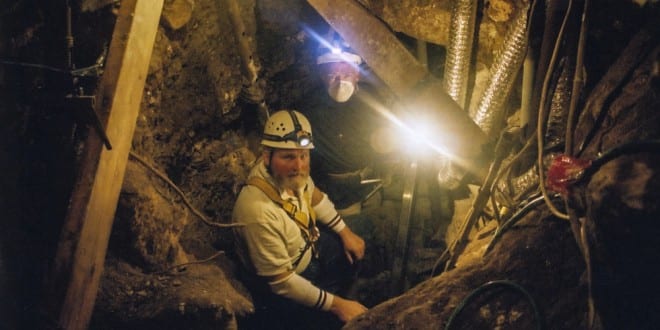 In 1981 Ron Wyatt located what he believed to be the crucifixion site of Jesus Christ. He found a square depression in the surface material, into which a cross could have been placed, along with an adjoining crevice. Ron Wyatt said that the blood of Christ ran down through that crevice and onto the Mercy Seat of the Ark of the Covenant that was hidden in a cave below.
IN 2005 subsurface excavations resulted in the preliminary documentation of the crucifixion site as described by Ron Wyatt. In addition we were able to gain new insight as to the surrounding buildings and the cistern with its plastered walls.
Those excavations were extremely dangerous. After consulting with safety engineers from the Israel Antiquities Authority it was determined that the only reasonable way to continue was to remove the material that had been deposited over thousands of years – an excavation requiring the removal of as much as twelve thousand cubic feet of debris – the equivalent of forty dump truck loads. Steel shoring would be required to contain the tremendous pressure of the surrounding material – a seemingly insurmountable task – but not for those who are called according to the purpose of our Creator.
2014-11-24
Richard Rives 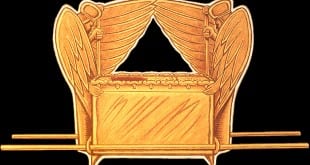 The Ark of the Covenant Special Article 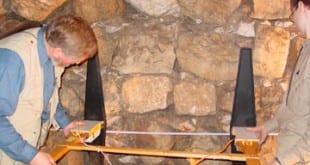