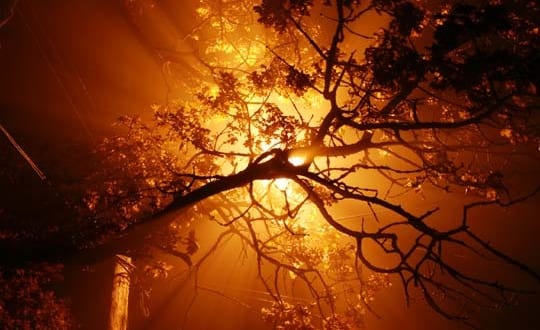 Evidence of the Last Days

Believers have always known by faith that the accounts in the Bible are true and that they are given as examples in order that we may learn from them. Hebrews 11:6 tells us that it is impossible to please God without faith and beginning in verse 7, we are given examples of faith:

HEB 11:7 By faith Noah, being warned of God of things not seen as yet, moved with fear, prepared an ark to the saving of his house; by the which he condemned the world, and became heir of the righteousness which is by faith. 8 By faith Abraham, when he was called to go out into a place which he should after receive for an inheritance, obeyed; and he went out, not knowing whither he went. 11 Through faith also Sara herself received strength to conceive seed, and was delivered of a child when she was past age, because she judged him faithful who had promised. 17 By faith Abraham, when he was tried, offered up Isaac: and he that had received the promises offered up his only begotten son,…20 By faith Isaac blessed Jacob and Esau concerning things to come. 21 By faith Jacob, when he was a dying, blessed both the sons of Joseph; and worshipped, leaning upon the top of his staff. 22 By faith Joseph, when he died, made mention of the departing of the children of Israel; and gave commandment concerning his bones. 23 By faith Moses, when he was born, was hid three months of his parents, because they saw he was a proper child; and they were not afraid of the king’s commandment. 24 By faith Moses, when he was come to years, refused to be called the son of Pharaoh’s daughter; 25 Choosing rather to suffer affliction with the people of God, than to enjoy the pleasures of sin for a season; 26 Esteeming the reproach of Christ greater riches than the treasures in Egypt: for he had respect unto the recompence of the reward. 28 Through faith he kept the passover, and the sprinkling of blood, lest he that destroyed the firstborn should touch them. 29 By faith they passed through the Red sea as by dry land: which the Egyptians assaying to do were drowned. 30 By faith the walls of Jericho fell down, after they were compassed about seven days. 31 By faith the harlot Rahab perished not with them that believed not, when she had received the spies with peace. 32 And what shall I more say? for the time would fail me to tell of Gedeon, and of Barak, and of Samson, and of Jephthae; of David also, and Samuel, and of the prophets: 33 Who through faith subdued kingdoms, wrought righteousness, obtained promises, stopped the mouths of lions. 34 Quenched the violence of fire, escaped the edge of the sword, out of weakness were made strong, waxed valiant in fight, turned to flight the armies of the aliens.

We are given example after example of how men and women of faith that diligently sought the will of God received His promises and rewards, and also of those who died in faith, trusting that future rewards await them. We have been instructed to trust in the Lord with all our hearts and promised that if we do, He will direct our paths. Again, we must have faith to be pleasing to God.

Down through history, God has increasingly revealed information that allows us to know more about the things we read in the Bible; and now, through the archaeological discoveries made by Ron Wyatt, He has revealed irrefutable evidence as to many of the accounts described in Biblical records. We can now see with our own eyes the evidences that human wisdom requires as proof of these events.

The sad thing is that even though there is overwhelming evidence as to the accuracy of the Bible, many people still believe that Biblical accounts, such as that of Noah’s Ark, are only fiction. We are told that this is to be a sign of the last days:

2PE 3:3 Knowing this first, that there shall come in the last days scoffers, walking after their own lusts, 4 And saying, Where is the promise of his coming? for since the fathers fell asleep, all things continue as they were from the beginning of the creation. 5 For this they willingly are ignorant of, that by the word of God the heavens were of old, and the earth standing out of the water and in the water: 6 Whereby the world that then was, being overflowed with water, perished:

There is no doubt that we have arrived at the point in history when one must be willingly ignorant to avoid the truths we have been given. This time is described as the last days.

HEB 12:1 Wherefore seeing we also are compassed about with so great a cloud of witnesses, let us lay aside every weight, and the sin which doth so easily beset us, and let us run with patience the race that is set before us, 2 Looking unto Jesus the author and finisher of our faith; who for the joy that was set before him endured the cross, despising the shame, and is set down at the right hand of the throne of God.