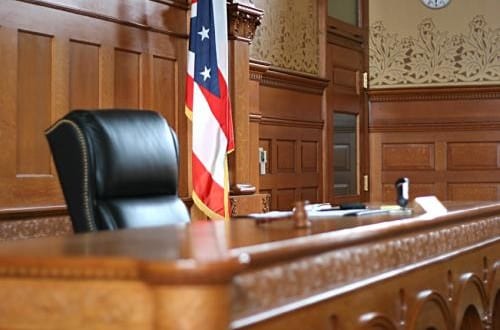 We felt it was important to provide you with a copy of our Biblical chronology since there are so many different ideas as to Biblical dates. We have simply taken the information given in the Bible and pieced it together. We spent a great deal of time and research on this chronology and do not claim it to be perfect. We have taken into consideration the dates arrived at by scholars, such as Thiele; we have taken into account the 3 year error in our present calendar- see article in this newsletter.

The Bible does not give a continuous line of dates to work with. But the information is there. In some cases, dates must be arrived at by going backwards from known dates. In these cases, it is still possible to determine if the date is accurate by checking it with other Biblical information. Below, we have explained how we arrived at the date of the Exodus, which was more difficult to ascertain.

Date of the Exodus

Between Joseph’s death and Moses’ birth, we have a void of information- we cannot determine the exact number of years between these two events unless we find another point of reference to work from. There is one Biblical date which we believe to be absolutely confirmed- one which gives us a firm basis on which to work backwards from. This is the destruction date of Jerusalem by Nebuchadnezzar in 586 BC.

Edwin R. Thiele, in his book “THE MYSTERIOUS NUMBERS OF THE HEBREW KINGS” gives a most thorough evidence of the accuracy of this date by Babylonian records which can be astronomically verified. We highly recommend this book for a full explanation.

In order to arrive at the date of the Exodus, we took this date of 586 BC and added to it the years of the kings of Judah after Solomon. These years of reign totalled 345. (586 + 345 = 931) This brings us to the last year of Solomon’s reign, 931 BC. Since we know Solomon reigned 40 years, this means his 1st year would have been 970 BC. Note, that in counting years of reign, we must be sure and count the first year. To say he ruled from 971 to 931 is incorrect, even though you are adding 40 years to his last year of reign, 970. You must subtract 1 year from your total to take into account the first year.

With his first year of reign as 970 BC, this would place his 4th year at 966 BC- the year he began work on the temple. And it is from this date that we arrive at another date, the date of the Exodus: 1KI 6:1 And it came to pass in the four hundred and eightieth year after the children of Israel were come out of the land of Egypt, in the fourth year of Solomon’s reign over Israel, in the month Zif, which is the second month, that he began to build the house of the LORD.

Of note: here, unlike above where we had to be sure and count Solomon’s 1st year of reign, 970 BC, as year one, in figuring the next date, we do not do this in the same manner. The above scripture states in the 480th year “after” the children of Israel were come out”…. Therefore, we count the first year after they came out as year 1. To arrive at the date, we simply add the entire 480 years….

The Biblical date of the Exodus is now established- the children of Israel came out of Egypt exactly 480 years before Solomon began work on the temple in 966 BC., or in 1446 BC. Keep in mind that this, as all dates, are approximate but we believe they are within a 3 or 4 year margin.

The 3 Year Error in our Calendar

It is common knowledge that when the calendar we use today, based on the BC/AD system, was developed, it contained a known 4-year error. In the 6th century AD, a dispute in the early church as to the correct date of Easter resulted in the development of this calendar. Prior to this, the early Roman calendar was in use. This was based on dates as occurring relative to the founding of Rome, AUC,- “ab urbe condita”, which means “from the founding of Rome”.

Dionysius Exiguus, a monk of Sythian birth, resident in Italy, invented our current calendar which relates all events in years prior to or after Christ’s birth- BC, (before Christ) and AD (anno Domini, which means, “In the year of our Lord”). By studying the old records, Exiguus reckoned the date of the birth of Christ to have occurred in 754 AUC, but this proved to be in error. In fact, based on the earlier calendar, Christ’s birth is proved to have occurred at the latest in 750 AUC because of the fact that Christ was born during the time of Herod the Great, who died in this year.

Therefore, in simple terms, here is the result of the new calendar. Exiguus placed all dates in relation to Christ’s birth, which he called year “1 AD”. Events one year prior to this were called 1 BC (1 year before Christ). There was no year “0”, lessening the error by one year. However, because of this miscalculation of the date of Christ’s birth, our calendar does not present an accurate picture:

This information relating to the true reckoning of the calendar to the birth of Christ is very important and the evidence on which it is based- the death of Herod the Great- is solid. The error in time was discovered soon after the Exiguus developed the calendar, however it still went into effect. The following information on Herod the Great is from the 1985 Encyclopaedia Britannica, under “Chronology”: “Somehow Dionysius reckoned the birth of Christ to have occurred in 754 AUC; but the Gospels state that Christ was born under Herod the Great-, i.e., at the latest in 750 AUC….Nevertheless, it has continued in use to the present day, and as a result, the Nativity is reckoned to have taken place in or shortly before the year 4 BC, when Herod died.”

As for the knowledge of the date of Herod the Great, his life is extremely well documented, especially in the detailed information furnished in the Jewish History of Josephus. Herod’s association with other well-know and well documented historical figures, such as his life-long friend, Mark Antony, give us precise information as to the dating of his life events and his death. This next quote is from the same encyclopaedia, under “Herod the Great”: “In his last years, Herod suffered from arteriosclerosis. He had to repress a revolt, became involved in a quarrel with his Nabataean neighbors, and finally lost the favor of Augustus. He was in great pain and in mental and physical disorder. He altered his will 3 times and finally disinherited and killed his firstborn, Antipater. The slaying, shortly before his death, of the infants of Bethlehem was wholly consistent with the disarray into which he had fallen. After an unsuccessful attempt at suicide, Herod died at Jericho at the end of March or beginning of April in 4 BC. His final testament proved that, subject to Augustus’ sanction, his realm would be divided among his sons….”

There is another thing which we must consider. In 1650, when James Ussher calculated the chronology of the Old Testament, he reckoned the creation of Adam to have been in 4004 BC- exactly 4,000 years before the birth of Christ. If Exiguus’ calendar had been calculated correctly, the creation of Adam would have been in 4000 BC; the birth of Christ in 1 AD, and today’s date would be 1997. In 3 years, we will reach the 6,000 year mark- and for those who believe this is significant, time is shorter than we think.