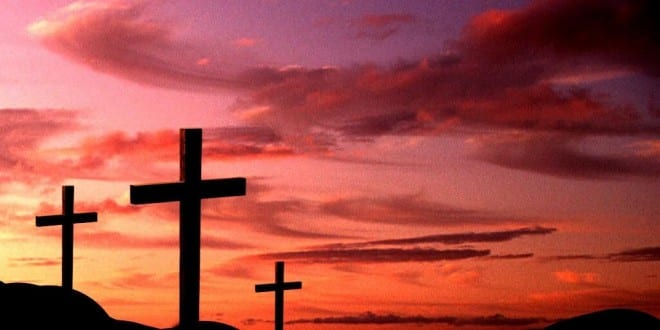 In the Book of Second Corinthians, the Apostle Paul expresses his concern that some teachers were preaching “Another Jesus”:

“But I fear, lest by any means, as the serpent beguiled Eve through his subtlety, so your minds should be corrupted from the simplicity that is in Christ. For if he that cometh preacheth another Jesus, whom we have not preached, or if ye receive another spirit, which ye have not received, or another gospel, which ye have not accepted, ye might well bear with him.” (2Corinthians 11:3-4).

We are instructed, when approached by a false teacher to “bear with him”. In the Greek manuscripts the word used for “bear with him” is “anechomi” (an-ekh’-om-ahee) which has been translated “to hold oneself up against”. We should stand firm against false teachings.

What would be considered “another Jesus”?

The Greek word used in this scripture verse is “allos” meaning different. So what we are considering is a different Jesus; not the Jesus of the Bible, not the only begotten son of God the Father; but “another Jesus”: an impostor.

It should be remembered that paganism dating back to the time of the “Tower of Babel”, included the veneration of the pagan gods’ son. Many times the son was considered to be a savior, mediator between god and man. He was one member of the pagan trinity: the father, the son and the mother. Down through history, pagan gods and goddesses, by what ever name, have simply been the renamed sun gods and goddesses of antiquity. Whether the Nimrod, Semiramis, and the son Tammuz of the Chaldean mysteries, or the Osiris, Isis and the son Horus of Egypt: they are all the same. Most importantly, they all oppose the Biblical Creator and His only begotten Son, the Biblical Jesus.

Many pagan practices that have absolutely no scriptural basis are being taught as the worship of the true God and Christ. These practices have not only been accepted but have become commonplace in many organized churches. Those who refuse to participate in those practices are considered strange and narrow- minded. These practices, introduced gradually by false teachers, have been accepted through tradition and have absolutely no scriptural basis. We have no excuse for ignorance. We have been fairly warned.

“there shall be false teachers among you, who privily shall bring in damnable heresies….”. (2Peter 2:1)
We must search the scriptures to find out the truth. The truth that the ways of the LORD prescribed for His people have not changed, nor will they change. The truth that the only thing that has changed is that as believers we are no longer under the death penalty for disobedience if we come to the Father in the Name and Blood of the Son.

“This people draweth nigh unto me with their mouth, and honoureth me with their lips; but their heart is far from me. But in vain they do worship me, teaching for doctrines the commandments of men.” (Matthew 15:9).
The prophesies of the Bible have come true: the time has come when sound doctrine is not endured. People receive teachers who tell them what they want to hear. Things that are wrong are justified, explained away: disregarding the warning:

“Woe unto them that call evil good, and good evil; that put darkness for light, and light for darkness; that put bitter for sweet, and sweet for bitter!” (Isaiah 5:20).

Fables and the traditions of men are substituted for the truth. We were plainly told:

“after their own lusts shall they heap to themselves teachers, having itching ears; And they shall turn away their ears from the truth, and shall be turned unto fables.” (2Timothy 4:4)

“in vain they do worship me teaching for doctrines the commandments of men.” (Matthew 15:9)
The Greek word translated “in vain” is (maten) meaning “to no end, fruitless, folly, a futile attempt”.

“Christianized” pagan activities, traditional inventions of men, are not in honor of the Biblical Jesus. He does not accept them as worship. Are these practices in honor of “another Jesus”? What “Jesus” prefers the commandments of unrighteous man over those of the Father? Not the Jesus of the Bible! He said:

“Think not that I am come to destroy the law, or the prophets: I am not come to destroy, but to fulfil. For verily I say unto you, Till heaven and earth pass, one jot or one tittle shall in no wise pass from the law, till all be fulfilled. Whosoever therefore shall break one of these least commandments, and shall teach men so, he shall be called the least in the kingdom of heaven: but whosoever shall do and teach them, the same shall be called great in the kingdom of heaven.” (Matthew 5:17-19)

Heaven and earth have not passed away. His ways have not changed no matter what man’s tradition teaches. Although believers are no longer under the death penalty resulting from the transgression of the law; there are penalties for rejecting it and blessings for adherence.

“Beware lest any man spoil you through philosophy and vain deceit, after the tradition of men, after the rudiments of the world, and not after Christ.” (Col 2:8)

In order to worship in “spirit and in truth..” (John 4:24), the traditions of men and so called “Christianized” pagan practices that have no Biblical authority must be rejected. Believers must remember what the Bible teaches about blending pagan practices with worship that is pleasing to God.

“This persuasion cometh not of him that calleth you. A little leaven leaveneth the whole lump.” (Galatians 5:9)

“All scripture is given by inspiration of God, and is profitable for doctrine, for reproof, for correction, for instruction in righteousness.” (2Timothy 3:16)

COMPROMISE IS NOT LOVE

Today, intolerance of compromise is considered lack of love for one another. The truth being just the opposite. If one really cares about someone he should tell them the truth, whether it makes him popular or not.

“Open rebuke is better than secret love. Faithful are the wounds of a friend; but the kisses of an enemy are deceitful.” (Proverbs 27:6)

When one receives a reproof it is not usually accepted as pleasing conversation. The question arises: should the truth be spoken even if it is not pleasing; or should truths be withheld because they are unpopular? The Bible gives the answer:

It is difficult to proclaim error in a way that is pleasing to those who, through the traditions of men, participate in activities never prescribed nor authorized by the Father, Jesus, His son the Messiah, or the believers that walked with Christ. Most people are not aware of the deception that has crept in. Many teachers, however, who have studied the Bible and secular history, are well aware of the origin of “Christianized” pagan practices yet they proclaim them to be accepted by the Biblical Jesus. The apostle Paul calls them

“unruly and vain talkers and deceivers…..whose mouths must be stopped, who subvert whole houses, teaching things which they ought not, for filthy lucre’s sake.” (Titus 1:11)

Those concealing the truth in order to uphold the traditions of men should be told, but not in a pleasing way: Pagan tradition was never authorized by the Jesus of the Bible – you are preaching “another Jesus”. Some teachers who honestly do not know, those who love the truth, will not receive reproof as a personal attack, but will “receive the word with all readiness of mind” (Acts 17:11): and search the scriptures to find out the truth.

Do we really love the truth?

Those that do will not be satisfied to remain like those, who, “willingly are ignorant”. (2Peter 3:5) They will study in order to search out the truth and then respond to it. The truth must be proclaimed:

“That we henceforth be no more children, tossed to and fro, and carried about with every wind of doctrine, by the sleight of men, and cunning craftiness, whereby they lie in wait to deceive; But speaking the truth in love, may grow up into him in all things, which is the head, even Christ:” (Ephesians 4:15)

This type of activity has been taking place throughout history. In the days of Solomon, he had to wisely proclaim:

“Lo, this only have I found, that God hath made man upright; but they have sought out many inventions.” (Ecclesiastes 7:29)

Activities proclaimed by God to be abominations are now performed in the name of Jesus. Who authorized these things?

Only “Another Jesus” could support such activity.

Blending of pagan practices with the prescribed worship of God was never accepted. A good example is when Aaron built the golden calf during the Exodus:

“he built an altar before it; and Aaron made proclamation, and said, To morrow is a feast to the LORD”…….”And the LORD said unto Moses, I have seen this people, and, behold, it is a stiffnecked people: Now therefore let me alone, that my wrath may wax hot against them, and that I may consume them:” (Exodus 32:9-10)

The proclamation of this pagan tradition to be in honor of the LORD did not make it acceptable. Christ said:

The proclamation of pagan traditions to be in honor of Christ, who is one with the Father, will not make them acceptable. Pagan practices by whatever name are still pagan practices. The Bible makes it clear

Should believers participate in ways that are opposed to Biblical instructions? no! absolutely not! The answer is unavoidable; so, many try to justify and make excuses. One common excuse: Although this activity is pagan in origin it has been “Christianized” and that is not what it means to me.

If we want to worship “in spirit and in truth” (John 4:24), what it means to us makes no difference. What it means to our heavenly Father should be our concern. He does not change and he does not accept pagan tradition by whatever name. Remember, He said that such activity is in vain.

In accordance with Biblical instructions we must hold fast the faithful word of sound doctrine. A small amount of research using historical reference books or any good encyclopedia will reveal the pagan origin of many non-Biblical practices. This common type of reference material is available at public libraries. Those who have poor eyesight or difficulty in reading, for whatever reason, can simply ask. It is no secret; most theologians are well aware of the pagan origins of some activities now proclaimed to be “Christian”. The secret is: why this is being accepted. Most importantly, a study of the Bible will reveal that there is no Biblical support for many of today’s “Christian” activities.

Our Creator has plainly instructed us as to what is pleasing to Him and as to the type of worship He accepts. Activity in opposition to His instruction is sin. It is our responsibility to adhere to that instruction. King Solomon, a man of great wisdom stated:

“Fear God, and keep his commandments: for this is the whole duty of man” (Ecclesiastes 12:13)

“What shall we say then? Shall we continue in sin, that grace may abound? God forbid. How shall we, that are dead to sin, live any longer therein?” (Romans 6:2)

Practices in opposition to the acceptable ways of the Biblical Christ can only be in honor of “Another Jesus.”