If we go to our encyclopedia or history books, we read that lenses, be it in telescopes, microscopes or eyeglasses, are an invention of the last 400 to 500 years. Yet, there is evidence that early man had these devices long, long ago. In archaeologist Layard’s book, “Nineveh and Babylon”, chap. viii, pp. 16-7, he tells of finding a glass “lens of considerable power” along with two glass bowls in a chamber of the ruin called Nimroud. It is plano-convex, an inch and a half in diameter and 9/10th of an inch thick, giving a focus at 4 ½ inches from the plane side.

Considering the intricate and extremely accurate astronomical knowledge of the earliest peoples, it seems almost a necessity that they had some sort of devise with which to allow them to see the heavenly bodies more closely. Pliny, who was born about 23 AD wrote that in his day “articifers used emeralds to assist the eye, and that they were made concave the better to collect the visual rays”. (Hist. Natur., lib. Xxxvii, c. v.) He even adds that Nero used such glasses when he watched the fights of the gladiators. Iamblichus, who wrote of the life of Pythagoras, wrote that Pythagoras

“sought to contrive instruments that should aid hearing as effectually as optic glasses and other contrivances aided sight.” (PN, p. 179.)

Pythagoras lived in the 6th century BEFORE Christ. Plutarch speaks of mathematical instruments used by Archimedes “to manifest to the eye the largeness of the sun”. Archimedes lived during the time of Alexander. These are just a very few of the many, many references to optical lenses. In fact, it appears that these were so common and everyday that little was thought of the importance of writing about them. But in time, knowledge of these devices grew less and less until it was lost until man “reinvented” the idea over 1,000 years after the last historical mention of them.

In the edge of the mountains of Lebanon, over 2,300 feet above sea-level is Baalbek. Nothing is known of this site prior to the time the Romans came in and built magnificent buildings over the existing remains. But it is the existing remains which are the most astounding ever found. In the below photo is seen the largest hewn stone on earth. It measures 68 feet by 14 feet. (Note the man standing by it and the one lying atop it.) Today, with our sophisticated engineering methods, it is doubtful that we could even lift stones such as those of this size.

But these early builders not only chiseled out these “humongous” blocks, they moved them! At right, is seen the ancient foundation of a building at Baalbek which the Romans much later built upon. Note the size of the man standing on the left side, about 1/3 up from the bottom. Three great stones in this foundation measure 63’x13’x10′ and were placed above the sub-structure which measures 23 feet. Whoever built this structure had engineering abilities beyond our wildest dreams. This is an example of the pre-flood knowledge passed from Noah and his sons to their descendants after the flood. And as time passed, man LOST much of this knowledge and ability.

Though of several hundred years later, the huge towers of rock erected by the ancient Egyptians is still a feat that has long puzzled the engineers of today. At left can be seen an obelisk at Asswan which was never finished due to flaws in the granite near its center. Though these have been found in numerous sizes, this one measures 137 feet tall and would weigh about 1,170 TONS. Many theories have been set forth as to how these “primitive” people were able to accomplish such astounding feats of engineering, such as the construction and erection of these obelisks and the pyramids, but the fact is that they did.

If the knowledge of puzzling discoveries which cannot be explained aren’t simply put aside and forgotten, such as that discussed above, then they are considered freakish finds and are found only in sensational books which appeal to the tabloid newspaper set. “Serious” scientists and scholars remain silent on them, unable to explain their existence.

Such an example is a find made in 1900. In that year, a sponge diver found the wreck of a Greek ship laden with statues and other objects. One strange object was a bronze instrument encrusted with calcareous deposits . When it dried and the outer wood encasing split, it broke into 4 flat fragments which revealed parts of geared wheels. While it cannot be determined exactly what this device was used for, x-rays revealed more than 30 gears of various sizes which meshed in parallel planes.

There is one mention in the ancient records of a device which may be similar. Cicero and Ovid both wrote of an ingenious planetarium devised by Archimedes which simulated the movement of the sun, the moon, and 5 planets. We’ll probably never know what this device was or who made it. But once again, we see that knowledge we think belongs to our time is only some of that which was long ago forgotten. (MP, p. 157; IU, p. 42.)

There have been numerous discoveries of objects which have been described as appearing to be dry-cell batteries. One example is that found by German archaeologist Wilhelm König. While exploring an ancient site in present-day Iraq, he discovered a terra cotta vase containing an iron rod set inside a copper cylinder. This idea that this resembled a battery was strengthened by the discovery of rods presumably corroded by acid (possibly vinegar or wine). Yet, we think the battery was invented in about 1800 AD. (IU, p. 43.)

There have been many discoveries made of objects of advanced technology which could not be explained and were therefore forgotten. But it only takes one to “upset the apple-cart”. Today, the “brilliant” scientists and scholars may tell the world that they have found “black holes” and other discoveries which cannot be proven, but they should keep silent until they can explain the simple evidences which show that early man possessed vast knowledge and abilities that we have only recently “rediscovered”. The evidence of man’s history is plain to those who will see. 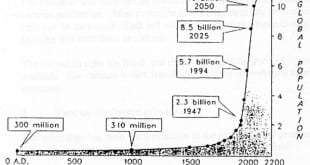