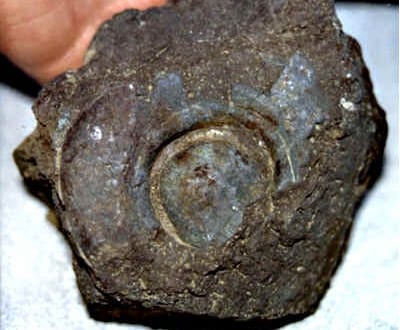 A tour group, organized by Wyatt Archaeological Research and Richard Rives, visited the site. As Ron and the group approached “Noah’s Ark” from the south end, he noticed an object that when observed, in the presence of the tour participants, bore the shape of a very large “rivet” head, with a washer around it. Ron had previously photographed what looked like groupings of metal fittings on the sides of “Noah’s Ark”, but he could not disturb them by cleaning them off.